Cryptocurrencies and Portfolio Management: Opportunities and Perspectives for Investors

"The Internet is a playground for computer geeks; we don't see a future in it," said Ron Sommer, former CEO of the German company Deutsche Telekom, in 1990. Even Amazon founder Jeff Bezos later admitted in an interview he saw at most a 30% chance that Amazon would become a success story. Today, technology enthusiasts remember the early days of the Internet and draw comparisons with blockchain technology. While some see no future for the technology, others consider it the most important invention of the modern era.

Mark Cuban on blockchain: 'It's like the early days of the internet' when a lot of people thought we were crazy' (via @CNBCMakeIt) https://t.co/ohs6iq0n2o

With cryptocurrencies, the potential benefits of blockchain technology investments have become available to everyone. In the early days of the Internet, retail investors couldn't participate, as many promising companies were not listed on the stock market. Blockchain is different: Through cryptocurrencies, investors can participate directly in the growth potential of blockchain technology and benefit from higher risk premiums in the early stages of the technological growth cycle.

Cryptocurrencies at the turning point: perspectives, outlook, and opportunities

Cryptocurrencies have enormous disruptive potential. They provide a solution to the key challenge of digitalization, which is that digital information can be easily manipulated and copied. Blockchain technology will make many of today's centralized systems and institutions obsolete and enables far-reaching automation via so-called smart contracts. 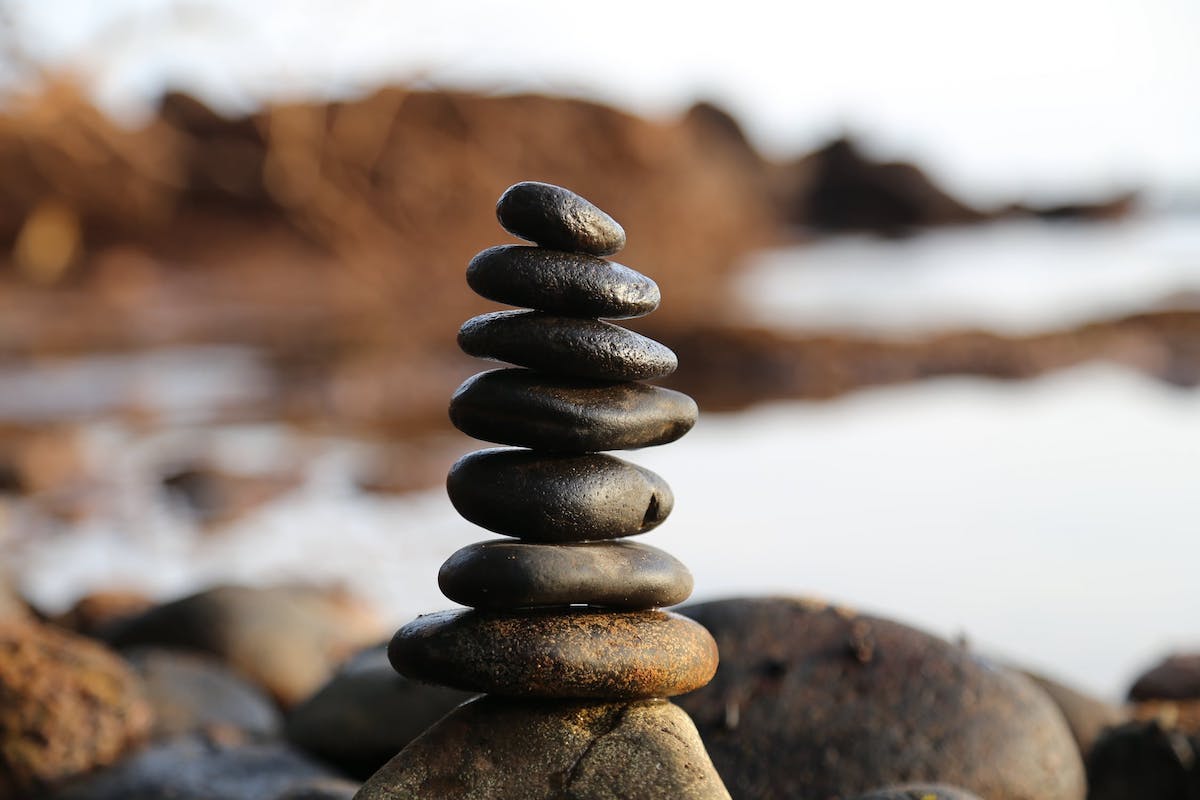 Currently, we are experiencing the early days of this innovation. According to analysts at the research firm Gartner, technological adaptation follows hype cycles: At the beginning, there is a hype phase, which ends in exaggerated expectations and a bubble. In the case of Bitcoin, this bubble burst towards the end of 2017, when predominantly uninformed retail investors drove up prices. An ICO (“Initial Coin Offering”) boom impressed investors, with unprofessionally managed low-value projects receiving funding in the millions. The market situation in 2017 was similar to the time shortly before the dotcom crisis in 2000 when internet startups received disproportionately high valuations in the stock market, and prices collapsed a few months later.

Today, blockchain applications are much more mature: the initial hype has faded, and the crash at the end of 2017 separated the wheat from the chaff. Successful projects have proven themselves and are now in the second or third iteration stages. One example is Crypto Lending, a second-generation product that did not exist in 2017: After some cryptocurrencies had established themselves in the market, companies and decentralized protocols seized the opportunity and developed interest-bearing financial products for cryptocurrencies. Through Crypto Lending, one can now earn interest on cryptocurrencies and generate cash flow.

According to the Gartner Hype Cycle, the groundwork for the technology to gradually evolve into a mass-market product suite over the next few years has been laid. Now is a good time to invest in the emerging technology.

For most investors, the comparatively high potential returns are probably the most important reason why they are interested in cryptocurrencies in the first place. Stock and real estate valuations are at record highs, and bonds have become largely unattractive due to negative real interest rates. That's one reason why investors are increasingly looking for alternative assets.

Bitcoin is a good example of a cryptocurrency that has produced astonishing returns. It has been one of the most successful assets over the past ten years. In 2010, one Bitcoin was worth less than one U.S. dollar cent. Have you heard of the "Bitcoin Pizza Story": On May 22, 2010, Laszlo Hanyecz paid 10,000 Bitcoin for 2 Papa John pizzas. Today, in Q1 2021, these 10,000 bitcoins are worth about 500 million dollars. That's why the Bitcoin community celebrates Bitcoin Pizza Day on May 22. The Bitcoin pizza story shows which astronomical profits were possible with Bitcoin in the past. Today, most investors look at Altcoins the same way Laszlo Hanyecz looked at Bitcoin on May 22, 2010. And even Bitcoin, although it has already seen most of its value appreciation, could keep increasing in value.

#Bitcoin‘s price if it reaches this market cap:

Bitcoin has outperformed all mainstream asset classes over the past seven years. To measure its performance, we use the Sharpe Ratio, a metric used in the traditional financial industry to evaluate and compare the risk-return ratios of different assets. The Sharpe ratio measures the risk-adjusted return, meaning the excess return relative to volatility measured by the standard deviation of returns over a specified period. The higher the Sharpe Ratio, the higher the return achieved relative to the risk.

The chart below shows that Bitcoin's risk-adjusted return has outperformed other asset classes such as U.S. stocks, bonds, real estate, and Gold over the past seven years. In other words, for Bitcoin investments, investors have been disproportionately compensated for their risk compared to other asset classes. This shows the claim that Bitcoin is "too risky "is simply false: What's true: Bitcoin is a volatile investment but the potential return overcompensates investors for the added risk. A 2018 Yale University study came to a similar conclusion. 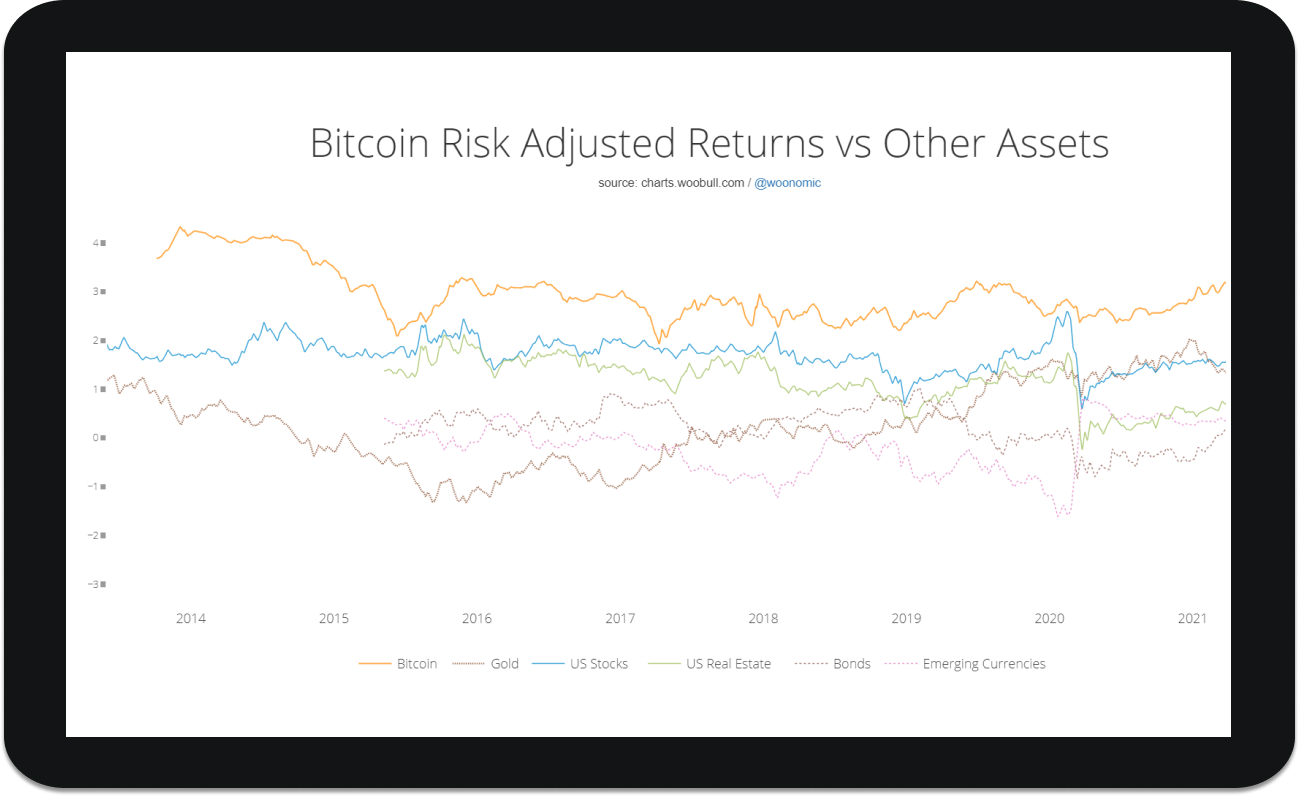 How much should investors allocate to cryptocurrencies?

A study by Binance Research shows the effect of Bitcoin allocations of 1% and 5% of portfolio assets on traditional multi-asset portfolios consisting of stocks, bonds, and alternative assets. Their analysts added 1% Bitcoin and 5% Bitcoin respectively to the iShares Morningstar Multi Asset ETF and the Vanguard VPGDX Managed Payout Fund and measured the impact on the risk-return profile of the two funds. The table below shows the results:

There are caveats to this study: First, Bitcoin was used as a proxy for the entire cryptocurrency asset class. This is a common methodology as Bitcoin is the largest cryptocurrency by market cap and the oldest, meaning more historical performance data is available. Nevertheless, this is a simplification because other blockchain assets, while mostly correlated with Bitcoin, have different risk-return profiles. Second, historical returns do not necessarily predict future returns. Binance Research's analysis uses a data series from December 2015 to June 2019. Looking at historical data is common practice when evaluating financial products. However, if the same analysis was done today (as of April 2021), Bitcoin's performance would have been even better. In the future, things could also go the opposite way.

Portfolio managers also use cryptocurrencies for portfolio diversification. The table below shows the correlations between Bitcoin and other asset classes. The goal of a risk-averse portfolio strategy is to invest in uncorrelated assets. That means if one asset gains or loses value, the other asset is not affected or is only slightly affected. For example, automotive stocks have a high correlation with each other because when the automotive industry suffers, the stocks of most manufacturers and suppliers will lose value. On the other hand, automotive stocks and Gold are less correlated because they are influenced by different value drivers. 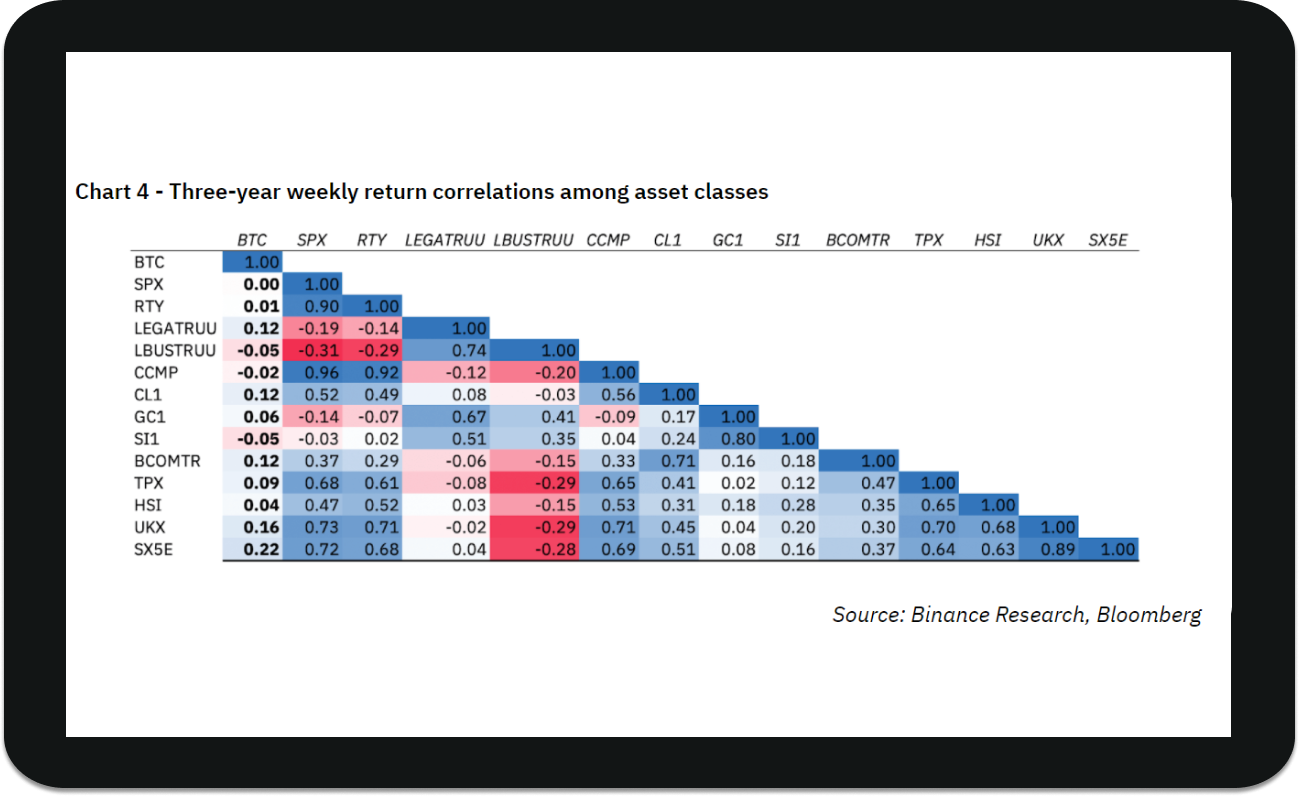 Bitcoin as the Digital Gold

Both Gold and Bitcoin also have a limited supply. There will be a maximum of 21 million Bitcoin, and the mining rate decreases every four years due to the so-called "Bitcoin Halving." Since the supply shortage is programmed into the Bitcoin protocol, Bitcoin is even more limited in quantity and also more predictable than Gold. With Bitcoin, there can be no surprise like a gold rush that suddenly increases supply. The limitation to 21 million Bitcoin is also an outstanding feature because this form of supply limitation did not previously exist in digital ecosystems. Digital valuables could be copied and duplicated at will before the invention of the blockchain. The ability to limit a digital asset in quantity through cryptographic means is a key innovation of blockchain technology.

Due to its similarity to Gold, the stock-to-flow model, a model from commodity analysis, has become a popular forecasting tool among Bitcoin analysts. It analyzes the relationship between the current stock of a commodity ("stock") and its new supply ("flow") and determines a price forecast based on this ratio. According to the stock-to-flow model, Bitcoin would be worth approximately $90,000 today and could reach a price of $1 million by 2030.

Should Bitcoin one day become a standard in institutional investment portfolios as the digital equivalent of Gold, the price could increase many times over. The trend is already visible today: While Gold has been considered a safe store of value for hundreds of years, the millennial generation is more inclined to rely on technology than precious metals.

Outlook: Risk premiums will shrink over the long term

The crypto asset class has already survived several stress tests. Since the December 2017 crash and subsequent market stagnation (the so-called "crypto winter"), prices have not only recovered, but leading cryptocurrencies now exceed the then-record high many times over. Even the COVID crash in March 2020, in which the crypto market briefly lost about 70% of its market capitalization, was short-lived, and the still young asset class has proven its robustness.

Today, more than ten years after the invention of Bitcoin, the asset class is moving into the mainstream, and both private and professional investors are looking to enter the market. The next few years will be crucial for the future of the asset class. Significant growth in institutional demand could continue to drive up prices. That also means the high risk premiums that still exist today will start fading away. Private and professional investors must position themselves as early as possible if they want to seize the opportunity.