There are now nearly 9,000 blockchain-based tokens available for trading (May 2021), according to the aggregation site Coinmarketcap. All of these tokens have at least one characteristic in common: They are based on blockchain technology. This means that they are uniquely identifiable and cannot be copied or modified. But there are also significant differences between tokens, and not all tokens are cryptocurrencies – also, not all tokens are listed for trading on public exchanges. As an investor, you should understand the different types of tokens, as they carry different risks and offer different potential returns.

When reading through the explanation of different types of tokens, keep the following in mind: Since the crypto ecosystem is still in its infancy, definitions and terminology are not set in stone. New types of blockchain-based tokens are emerging regularly, which is why categories and definitions change. So this article does not intend to give you the perfect definition, but to help you find your way around the current crypto market.

From a purely technical point of view, a token is an entry in a digital database. For example, whoever holds Bitcoin is registered on the Bitcoin blockchain (a blockchain is a database) as the owner of that Bitcoin. So technically, all blockchain-based assets fall under the term "token." These tokens can be classified into various subcategories. The most important of these today are cryptocurrencies, utility tokens, security tokens, stablecoins, and NFTs.

You shouldn't compare $AMPL with $COMP and $AAVE. But please compare it with USD.

Types of cryptocurrencies: Bitcoin and altcoins

Cryptocurrencies are probably the most well-known token category. They include Bitcoin and Ethereum, for example. Cryptocurrencies are also called "payment tokens" and, as the name suggests, are means of payment. With Bitcoin and Ethereum, you can buy services and products wherever they are accepted as currency. With Ethereum you can also pay for services on the Ethereum network, a decentralized software platform for developing smart contracts. Although cryptocurrencies can be used as means of payment, in practice, they are often used as investment assets and traded for profit on crypto exchanges. 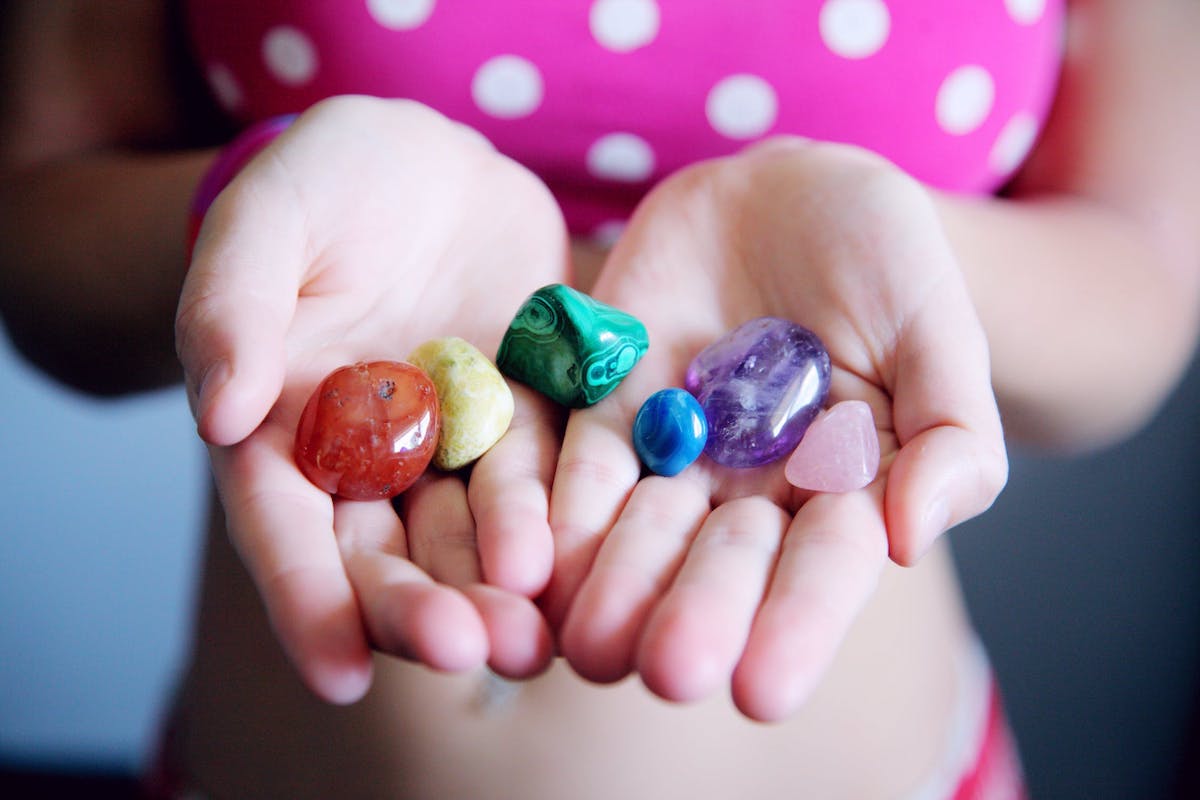 Another distinction is between Bitcoin and "altcoins": Bitcoin is the first and by far the largest cryptocurrency according to market capitalization. All other cryptocurrencies fall under the umbrella term "altcoins." Ethereum and Bitcoin Cash or Bitcoin Gold are all considered altcoins.

The term "Coin" describes a unit of value, similar to euros or cents. Whoever holds one bitcoin holds a "coin" of the cryptocurrency Bitcoin. One bitcoin is equal to 100 million Satoshis – the division into Coins and Satoshis only exists for Bitcoin.

Utility tokens grant the owner usage rights within a closed ecosystem. For example, anyone holding a Filecoin can use it to purchase digital storage space via the Filecoin network. There is not much that can be done with Filecoins outside of this network except to sell them. Crypto Lending Tokens are another example: the CRO Token or the NEXO Token, for example, allow you to earn higher interest on Crypto.com and Nexo, respectively. Outside of their platforms, CRO and NEXO tokens have no use except as investment vehicles.

The same way you would buy a car to go from place A to B.

You would buy a token to do something otherwise you couldn't.

A simplified explanation for the concept of Utility Tokens

The distinction between utility tokens and security tokens is much more straightforward. A security token securitizes a financial instrument regulated by financial market law, such as stocks, bonds, real estate, or private equity investments. These tokens are issued through "Security Token Offerings" (STO).

Unlike ICOs, which issue utility tokens, STOs are governed by financial market regulations. For example, issuers must have an investment prospectus approved by the national financial market authority, in the U.S. that's the SEC, if they issue tokens above a certain threshold. Likewise, security tokens are subject to stricter listing and trading requirements than utility tokens. ICOs and Utility Tokens are usually subject to consumer protection laws, so ICOs are not completely unregulated vehicles either.

Stablecoins: the value depends on the underlying asset

The value of a stablecoin is pegged to an underlying asset or a portfolio of different assets. Most stablecoins fall into one of the following three categories:

Centralized Stablecoins are pegged to an asset, which can be a fiat currency or a precious metal, for example. USD Tether (USDT) is the largest stablecoin by market capitalization and is pegged 1:1 to the value of the U.S. dollar. Tether Limited, the issuer of USDT, must hold sufficient U.S. dollar assets to maintain the collateralization. As an investor, you have to trust that the issuers collateralize their stablecoins sufficiently. That's a risk! USDT is a good example: There were several controversies and legal disputes regarding the collateralization of the USDT. Many investors consider the Stablecoin USD Coin (USDC) as more transparent, as the issuer is regulated in the U.S. and thus subject to strict regulatory requirements.

Tether (USDT) is pegged to the price of USD. Being backed by USD means that for every Tether (USDT) issued, there is an equivalent amount of USD kept in a reserve. Tether’s 1:1 ratio to USD is not perfect, however, it stays pretty close.#Tether #USDT #stablecoin #NDAX pic.twitter.com/nuzrUgfR51

USD Tether is pegged to the value of the US dollar

This type of stablecoin is collateralized with other cryptocurrencies or blockchain-based tokens. If you want to acquire a crypto-backed stablecoin you must deposit another token as collateral. If you want your collateral back, you must return the stablecoin. New stablecoins are issued automatically using smart contracts once you deposit your collateral. The smart contract ensures the stablecoin is pegged to a stable value through a mix of on-chain algorithms and incentive systems based on game theory. So compared to fiat-backed stablecoins you are not relying on a centralized issuer but a protocol.

Take the DAI token, for example: To acquire DAI, you need to deposit Ether (a cryptocurrency). If you want your Ether back, you must first return your DAI. The value of the DAI token is pegged 1:1 to the U.S. dollar, but unlike with the centralized Tether, nobody holds a U.S. dollar reserve. Instead, the token is backed by a portfolio of cryptocurrencies whose value automatically follows fluctuations in the value of the U.S. dollar.

Algorithmic stablecoins are not backed by either fiat or crypto tokens. Instead, they follow a similar principle as fiat currencies: The circulating amount of coins is governed using smart contracts and algorithms so that the stablecoin maintains a fixed value. If this value is fixed at one U.S. dollar, for example, then the smart contract removes tokens from circulation if the value falls below one U.S. dollar, thus reducing supply. If the value rises above one U.S. dollar, the smart contract automatically issues more tokens to increase the supply and reduce the price. Functionally, this principle is similar to the monetary policy of central banks. Some Algorithmic Stablecoins also maintain a collateral pool to hedge the value of the coin against extraordinary market movements such as a Black Swan event. An example of an Algorithmic Stablecoin is the Basis Coin.

Non-fungible tokens represent a specific object or transaction. Bitcoin, litecoin, gold, and dollars, for example, are fungible, meaning no one cares which dollar bill or euro bill they own. In contrast, art collectors or real estate owners care about which piece of art or property they own.

Non-fungible tokens ("NFTs") are a comparatively new type of token. They certify a right of ownership to a digital asset, for example, a digital art object, music, or individual objects in computer games or virtual worlds, so-called metaverses. In a way, NFTs are the modern form of paper-based baseball player cards, but in a digital format. NFTs also offer artists a way to protect their intellectual property: For example, a token can be programmed so that every time it is sold, a portion of the proceeds automatically goes to the artist. In the future, NFTs could find one of their prime applications in securing commercially used software code.

Another type of cryptocurrency that we may all soon be using is central bank digital currencies (CBDCs). The first major economy to issue its own digital currency was the People's Republic of China. Both the European Central Bank and the U.S. Federal Reserve are currently in the conceptual stages. Today, these developments are still in their infancy. In the long term, however, central banks will likely issue digital currencies. Initially, these currencies will mainly play a role in securities trading and on the interbanking market, but at some point, they will probably replace today's cash. A digital central bank currency would not be comparable to a private, decentralized cryptocurrency such as Bitcoin because it would be issued by a central bank and thus controlled by a centralized institution.