Out of 10 lessons, you have already read 1 lessons. 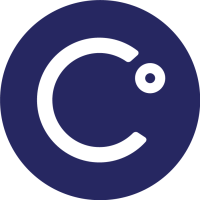 The Risks and Dangers of Investing in Cryptocurrencies

The crypto exchange Coinbase states in its user agreement: "As with any asset, the value of Digital Currencies can go up or down and there can be a substantial risk that you lose money buying, selling, holding, or investing in digital currencies."

Every other reputable crypto exchange – and also traditional financial exchanges – will have a similar disclaimer somewhere in their legal documents. And it's true: Investing in cryptocurrencies bears risks and dangers, just as investing in stocks, bonds, real estate, or commodities. Investors should be aware of these risks and always consider whether they are in line with the potential return.

“A ship is safe in harbor, but that's not what ships are for.”
John Augustus Shedd

Cryptocurrencies are a nascent asset class. While some assets such as Bitcoin or Ethereum have already established themselves in mainstream portfolios, the bulk of cryptocurrencies today are more like penny stocks: Liquidity is low, ownership is concentrated in just a few hands, and the assets' business models have yet to prove themselves in the market.

Early investments in new technologies are almost always high-risk. Especially small-cap cryptocurrencies that are not yet established in the market come at a risk of total loss – but potential returns can be extremely high. Imagine if you had invested 10 euros in Bitcoin ten years ago! Today, you would have amassed a fortune of over 6 million euros – but you could also have lost your 10 euros. A common comparison is drawn with the early years of the internet: Investors took high risks, and it all depended on the future success of internet-based technologies and business models.

Risks are somewhat different with the established cryptocurrencies such as Bitcoin or Ethereum. There is a base of convinced long-term investors that stabilize prices. Of course, Bitcoin or Ethereum can also substantially lose value, but the risk of total loss is lower than with small-cap Altcoins.

That said, even with Bitcoin, there are more than enough critics that warn against total loss. Star investor Warren Buffett is probably the most prominent example. He does not attribute any inherent value to Bitcoin and discredits it as fraud. The bottom-line for you as an investor is that you need to be aware that cryptocurrencies are an investment in early-stage technology and a bet on the future. You can lose this bet, even if it made some investors rich at an earlier stage.

If you believe in the future of the cryptocurrency you invest in, the entry price matters less than the long-term growth perspective. For traders, however, high price volatility poses a substantial risk. Bitcoin price fluctuations of more than 10 percent in a single trading day are common; other cryptocurrencies are even more volatile. If you enter or exit the market at the wrong time, you can lose a lot of money. The other side of the coin is the opportunity for high profits. Financial markets are a zero-sum game: Where one investor loses, another wins.

When is Bitcoin undervalued or overvalued? Why was Bitcoin worth $59,665 on April 11, 2021, while it was just valued at $11,164 on October 11, 2020? The Bitcoin price depends on supply and demand. There is no company behind Bitcoin that generates profits. There is no price-earnings ratio and no book value. Bitcoin is most comparable to gold, and the "Greater Fool" theory applies: The price you get for many cryptocurrencies depends solely on whether another investor is willing to pay a higher price.

That said, not all cryptocurrencies are created equal: Unlike Bitcoin, other coins are issued by private businesses. The token value is then linked to the company's performance. Or take Stablecoins, where the value of the coin is pegged to an underlying asset. That's why investors need to understand the tokenomics of a coin, meaning its business model and use case. You should read the token's whitepaper and understand what economic function the respective token fulfills and what the price is based on.

“Don't invest in things you don't understand or are not familiar with.”
Warren Buffett

Another danger is market manipulation: Even with Bitcoin, much of the wealth is concentrated in the hands of a few investors, the so-called "Bitcoin whales." For smaller cryptocurrencies, capitalization is usually even more concentrated. This fact, combined with a lack of regulatory oversight, immensely increases the risks of price manipulation. 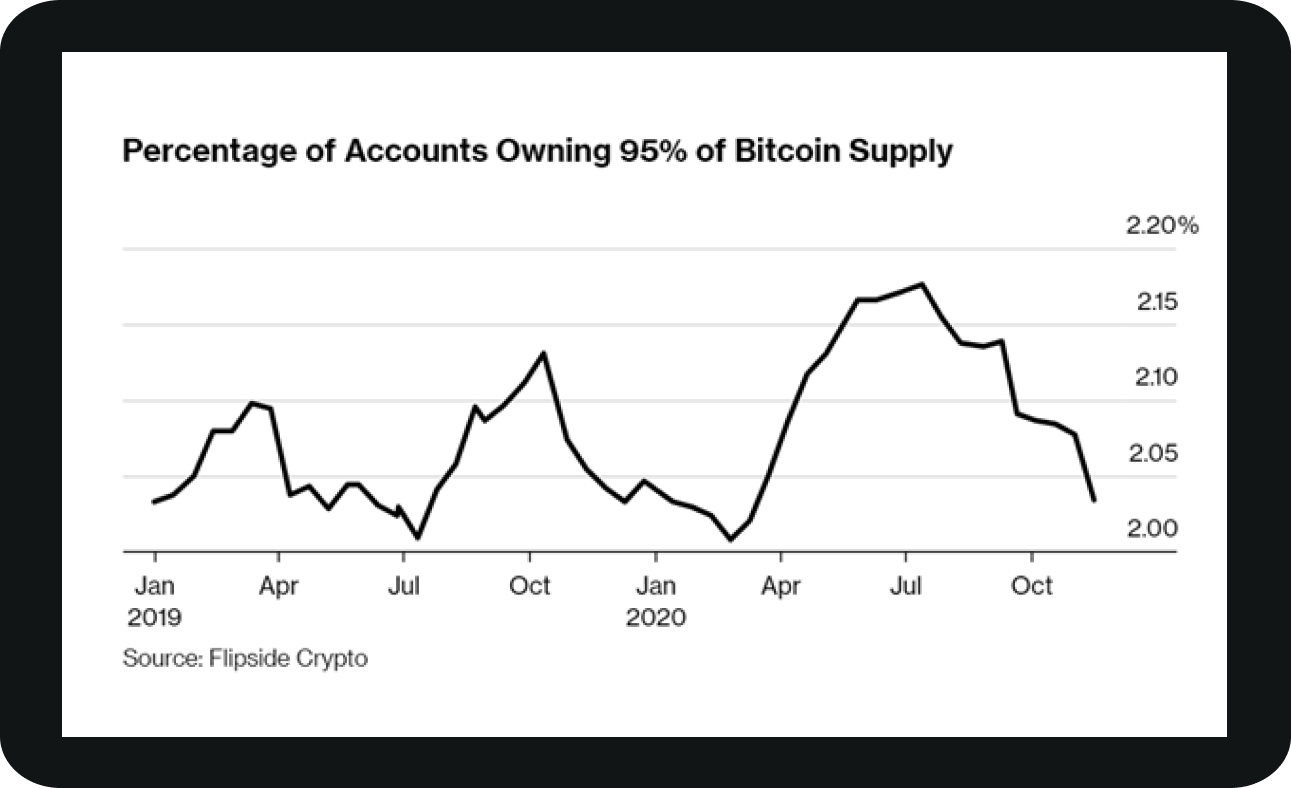 Bitcoin whales can place a large sell order to depress prices and trigger a downward spiral. They can then re-invest once the market is down. As a retail investor, you are usually the one left holding the baby because, unlike institutional investors, you don't watch the market action all day, and you don't have the same information. You usually sell too late or buy too early. Of course, you can be right once in a while (or lucky), but the probability that you as a retail investor will win against better informed professional investors in the long run is rather low.

Price manipulation risks can also be an issue in the stock market – remember the Gamestop saga in early 2021, when private investors teamed up via the Reddit forum to manipulate stock prices. Large hedge funds also manipulate the stock market - sometimes illegally. Nevertheless, this risk is significantly higher in the crypto market due to immature market structures, wealth concentration, and lack of regulations.

Regulations for cryptocurrencies are not yet mature, which creates a regulatory risk for investors. If regulations tighten in the future, it could make access to crypto trading more challenging. Even a Bitcoin ban is a real risk; it's already in place in certain jurisdictions and frequently discussed in Europe and the USA, although it would be legally difficult and technically impossible to enforce. Especially the high energy consumption of the Bitcoin network is often subject to criticism by environmentalists. If lawmakers ban Bitcoin, institutional investors will immediately leave the market. On the other hand, a Bitcoin ban could positively impact the prices of other cryptocurrencies.

Bitcoin has corrected 12.6% since ATH and the FUD is back: Could the U.S. government really ban BTC as billionaire Ray Dalio believes? https://t.co/HrQTNoz1cC

The regulatory discussion also shows how controversial cryptocurrencies are. The basic idea of decentralization poses an existential threat to many centralized institutions. It's no surprise that powerful elites are getting concerned about the creative destruction cryptocurrencies could unfold. Attempts to discriminate cryptocurrencies with regulatory means, for example, stricter taxation, are a real risk to investors. Whether such attacks on one of the most promising innovations of the modern era will succeed remains to be seen.

Cyber-attacks are a risk that investors need to deal with. There are two main risk factors:

Crypto custody: You can't keep cryptocurrencies in a custody account at your local bank, at least not at most banks. Instead, you need a so-called wallet: there are hot wallets and cold wallets. The latter are considered superior in terms of security because they are not connected to the internet and are therefore less vulnerable to cyber attacks. You can reduce your risk by using cold wallets and keeping your own IT security systems up to date.

Crypto exchanges: You can also store your coins with an exchange, but then you expose your assets to the exchange's security infrastructure. Most crypto exchanges have been hacked at least once. Although exchange infrastructure has improved significantly in recent years, there are still security flaws. You can reduce your exchange risk by storing your cryptocurrencies in your own cold wallet rather than directly with the exchange. You should also check out the CryptoStudio exchanges reviews, where we analyze and compare the security of the leading exchanges.

PLEASE do not store more coins on an exchange (including @krakenfx) than you need to actively trade. Use @LedgerHQ or @Trezor. DEXes are not a panacea -- look at The DAO. Open source just means exploits will be discovered sooner (probably not by good guys). https://t.co/LmzhtCjpM0

Jesse Powell, CEO of crypto exchange Kraken, recommends investors not to store cryptocurrencies with an exchange

Most of the time, it's not technology that fails, but people. The crypto industry has a reputation of being a playing field for fraudsters, especially Initial Coin Offerings (ICOs). To protect yourself from fraud attempts, you should study the tokenomics of the coin you plan to invest in. If there is a company behind the coin, you should do a background check. Read through the whitepaper and find out who is running the company. Lack of transparency on the part of the provider is almost always a red flag.

Also, the typical scams you may already know from traditional banking are popular with cryptocurrencies. These include phishing emails, fake profiles on social media or even fake websites which trick you into handing over your private keys or login details. Just like with your bank account, you need to be careful with your crypto accounts – especially on the internet. Never give anyone your private keys or other login details, don't click on dubious links, and don't reply to emails that seem suspicious to you.

Hey Celsians - Our team is continuing to investigate the source of a fraudulent email that some Celsius customers have recently received. We're working to provide more updates as soon as possible.

Cryptocurrencies are not risk-free investments. But that's the way it is in financial markets: No risk, no return!

You should also be aware that other asset classes carry high risks as well, especially in today's market environment. Valuations on the stock market are at record levels, driven by low-interest rates. How sustainable is that? The same is true for the real estate market. Fiat currencies such as the USD and the Euro are subject to inflation, meaning they are guaranteed to lose money over time. So when assessing the risks and dangers of cryptocurrencies, you should compare them with the risks of other asset classes and their potential returns. Of course, there are significantly safer investments, but you won't get rich buying US Treasuries. With cryptocurrencies? Maybe.

Keep in mind that most cryptocurrencies are a binary investment, at least for long-term investors: Either the economy evolves into a decentralized, blockchain-based system, in which case many of today's cryptocurrencies will multiply in value. If this change doesn't happen and cryptocurrencies go down in capital markets history as a temporary phenomenon, you may lose all of your capital. So think twice before you invest your entire retirement savings in cryptocurrencies; maybe start with a small allocation.

All website content is for INFORMATIONAL PURPOSES only and in no way constitutes FINANCIAL, LEGAL, or INVESTMENT ADVICE. Affiliate links may result in a commission for the website operator.